Maybe you’re tired of #threads, or politics, or just seeing so many recommended Tweets you simply don’t care about. Here’s a few ways to clean up the TL and get back to what brought you to Twitter in the first place.

Yes, it’s been suggested before, but that’s because it’s worth it. A quick refresher: there are two versions of your Twitter timeline. One, "Latest Tweets", is a reverse chronological timeline showing all the Tweets from people you follow, ordered so the most recent Tweets are at the top, and older Tweets are at the bottom. Scrolling through your feed is essentially scrolling back in time. The other, "Home" is an ‘algorithmic’ timeline, and uses a set of criteria determined by Twitter to show the Tweets they think you will find most interesting. These include not only Tweets by people you follow, but also a selection of other popular Tweets from the rest of Twitter. The algorithmic timeline also is rumored to reduce the number of Tweets you see that link to external websites.

By default, Twitter puts you into the algorithmic timeline. However, you can always toggle back to reverse chronological:

Twitter automatically generates a list of “interests” it thinks that you care about. These interests are used to curate not only your timeline content, but also the ads you see. You can find them in your settings. Adjust them to make sure they actually reflect the type of content that you want to see. The list can get quite long—and often doesn’t make a ton of sense—so it’s worth going through to prune.

Can’t stand the latest viral Tweet format? Tired of hearing about today’s Main Character? Prune those Tweets from both your timeline *and* your mentions by muting words and phrases. Yes, you may accidentally remove some harmless stuff (we don’t recommend muting common words, for example) but if you’re fed up with never-ending pizza rat content, this is the fastest way to stop seeing it. You can find mute words buried in your settings, but here’s a direct link.

How else do you curate your timeline? Let us know on Twitter: @blockpartyapp_.

Need to ask someone for help managing harassment on Twitter, or give your boss a heads up that it's happening? We drafted the messages so you don't have to.
Block Party updates
-
October 27, 2022

When smashing the block button is not enough

Keep all the receipts with block reasons 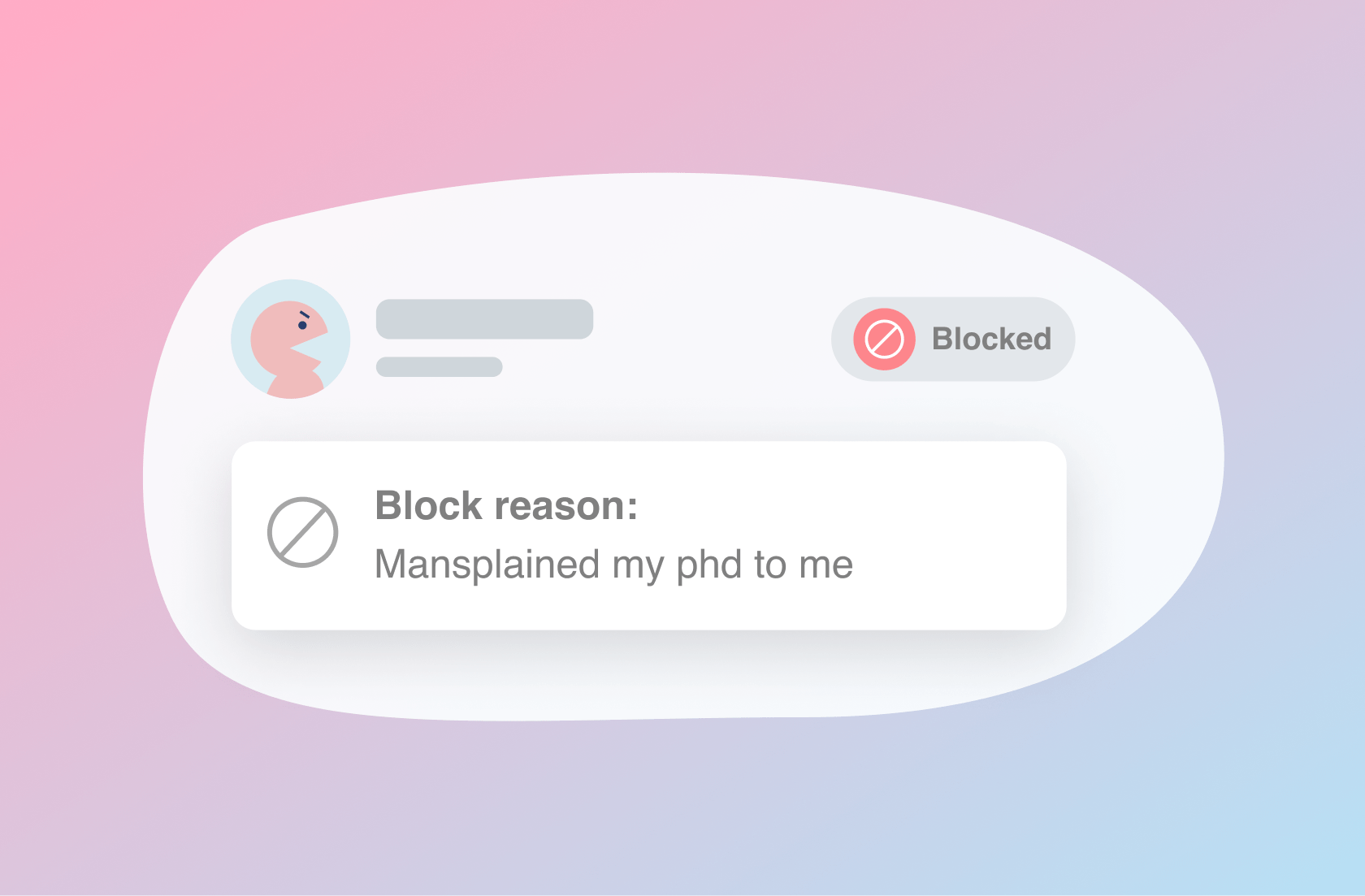